Frankie C F Cheung graduated as a pharmacist at the University of Bradford in England with an honors degree. He was then trained in London for a year before being registered as a member of Royal Pharmaceutical Society of Great Britain(RPSGB).  Upon registering with the Pharmacy and Poisons Board of Hong Kong, Frankie then worked in Hong Kong as a community pharmacist before returning to the UK to work full-time in the hospital. During this time, he also worked in a community pharmacy every weekend to gain diverse experiences in various aspects of pharmaceutical care from both hospital and community pharmacy.

In 1999, he came to Canada with his wife, Nettie and four children: Michele, Joshua, Martin and Jeremy. Soon, Frankie started his first health food store at 6235 Victoria Drive, Vancouver under the name of MJ’S Nature’s Best Nutrition Centre. As a natural health product store, Frankie focused on providing quality supplements and expert advice to his clients. Because of the growing success, two years later, another health food store was opened in Champlain Mall in Vancouver. In April 2003, Frankie was certified as a Canadian pharmacist by the College of Pharmacists. Subsequently a year later, in order to expand the business, Frankie relocated the first health food store at 6235 Victoria Drive to the current location, 6255 Victoria Drive, as well as renaming this branch to MJ’s Natural Pharmacy, after the addition of a pharmacy. With a huge wealth of knowledge in both natural health products and pharmaceutical care, Frankie’s vision was to provide his patient’s with an all-encompassing, holistic approach to health care. For this reason, “Natural” in the company name, serves an integral purpose in representing his core vision.

Now to date, we have 5 branches proudly serving the Metro Vancouver area. The newest branch, Everwell Pharmacy, was opened by Michele (Frankie’s daughter) in August 2015 and it is located at 8179 Granville Street (&65th avenue) in Vancouver. 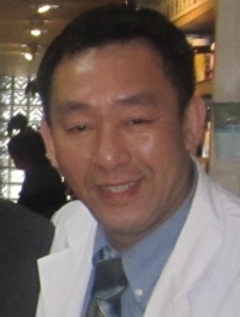